… or is it Thoughts & Shoughts?

It would seem that only the names are the same because Japan is more concerned with serenity while striving for perfection but south Asia is concerned with happiness while leaving the trash strewn about and living in filth.

Japan is very capitalistic and their people over-work almost as much as Americans do, but they are fastidious and clean. I have not worried about the food at all here, whereas I never touched a raw fruit or vegetable in the other countries mentioned. Not to mention sashimi or undercooked meat.

Out of all the countries that I have visited, Japan appears to have done the best job of giving their lower socio-economic classes the best lifestyle. People who are doing menial jobs seem to be intelligent and take care of themselves. I realize that I am unable to make a judgement based solely on the most superficial of appearances, but that is my assessment.

But the one downside to Japan is a writing system that is as opaque as they come. I have mastered 3 alphabets, so I thought that I would set about learning Japanese. It turns out that their writing is a mixture of 3 alphabets plus Chinese characters.

That’s write… errrr… right! They mix alphabets in a single sentence. And these alphabets have many, many more than 26 characters. Plus the other day I was told that hashi means bridge. Then later I found out that bashi means bridge. I’m too old for this shit.

Still, I love Japan. The people are warm & friendly. The food is GREAT!!! Their spoken words are so long that even they trail off half way through a word. Tempura is very tasty. And their government is a socialist democracy that takes care of its people.

I’ve rambled enough. Here are my pictures of Kurashiki. I stayed in a ryokan in their old historic downtown area, but it turned out to be a real gem. The oldest western art museum in Japan is there. Founded by an industrialist in the 1920s who, despite his name, Ohara, is not Irish. Go figure. 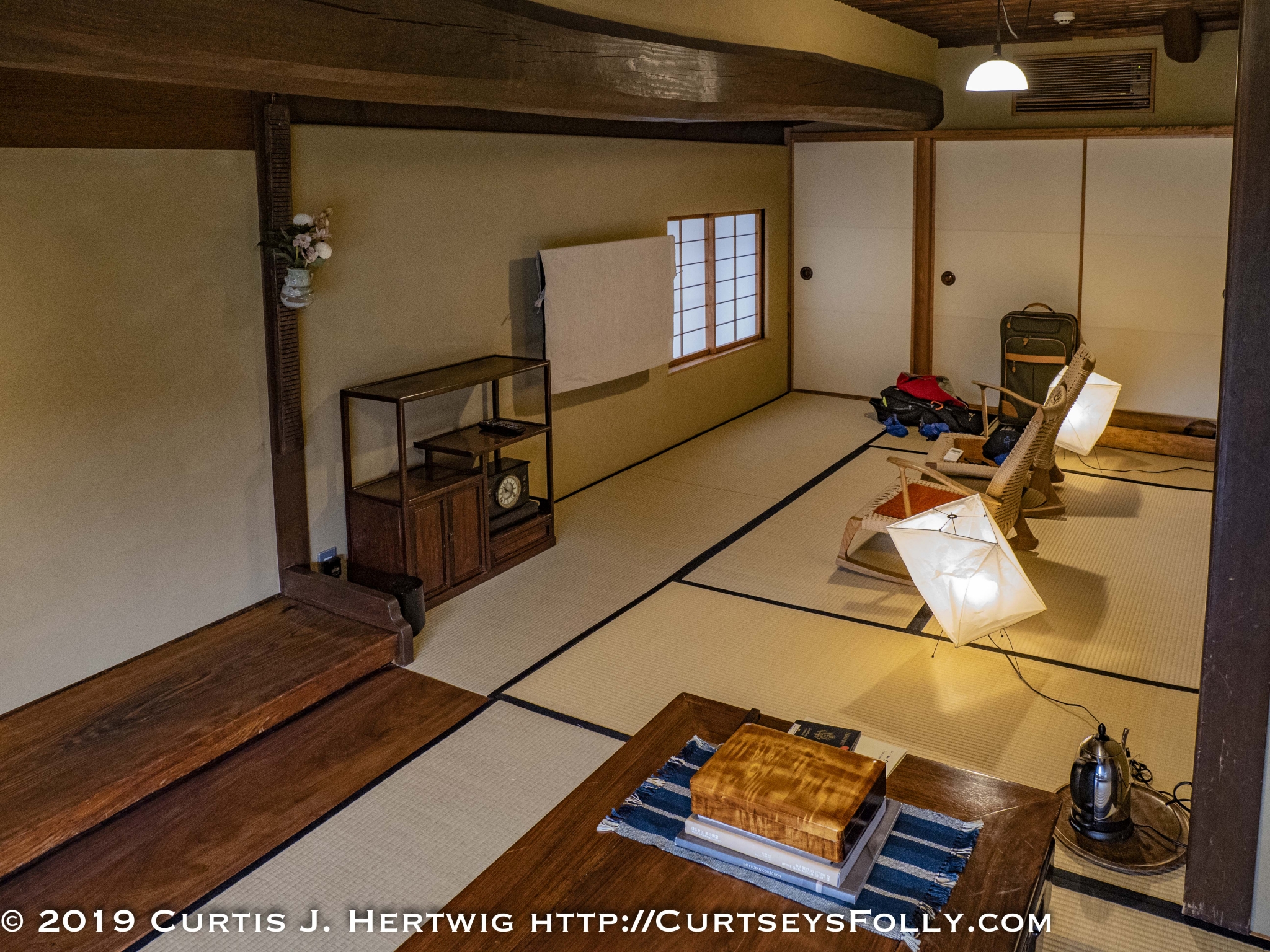